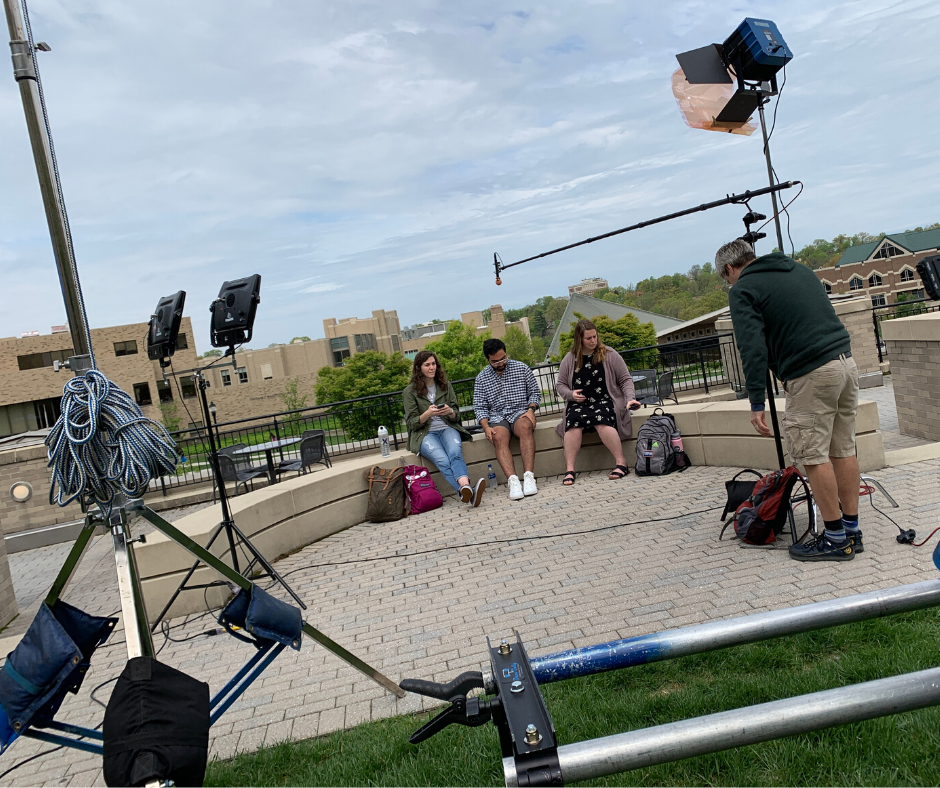 How Visual Storytelling Enhances Your Video

At Spotted Yeti Media, we create video by combining picture and sound, woven together to tell a cohesive and compelling story.

A long time reader, like yourself, is surely caught up on our blog; so you’ve learned that most users watch videos on social media without audio. We recommend adding captions which would display transcribed text of the spoken word and appear on devices that have the sound off. This is an excellent option and necessary for videos that include interviews, narration, or other on-screen speaking roles.

If viewers on social media consume video without sound, can the visuals alone create an engaging story and keep your audience tuned in?

Absolutely. “Show don’t tell” is a common phrase in film and television academia. As an example, instead of having a character say something non-sensical like “That was a quick three hours,” you could show a clock quickly advance three hours or - even better - build a montage of actions that show what the character was doing while that time advanced.

"Professor Hagan, I don’t know what a montage is…"

A montage is the juxtaposition of two or more images that, when shown together, combine into a larger and more intense whole. Think Rocky Balboa training with Apollo Creed to "Eye of the Tiger" in Rocky III.

It’s not just about what you show, but how you show it. Camera angles, camera movement, lighting, color, composition, acting, blocking, and the pacing of an edit can all illicit different conscious and subconscious feelings.

As Creative Director at Spotted Yeti, I develop and pitch concepts that utilize visual storytelling techniques, Our process includes a storyboard that depicts the shots, composition, and movement we would capture to navigate the viewer through the story. We might also include a mood board that helps inspire color palettes, lighting, or camera angles. Lastly, and only when needed, we can animate and time the frames of the storyboard to confirm pacing and structure, and to better illustrate complex camera movement.

While my intent of this post is to speak about visual storytelling, it’s important to remember audio is still a factor. We said “most” users watch without sound; therefore, our storyboards also include any necessary onscreen dialogue, voiceovers, sound effects, and music cues that add additional layers to the story. Ultimately a great visual story can compel viewers to switch their sound on.

Let’s dive into a video we created for Tri-State Trails to promote pedestrian and bike safety. Watch the short video below before continuing to read and I'll break it down in the text following.

We open up on a bike rider cruising down an urban street. Our next focus is on a mother and daughter walking. Finally, we find ourselves inside a car focused on the driver. We deliberately transitioned from each subject by including the previous subject with the next subject's introduction. We visually tied these scenarios together, with the larger and more moving narrative being “we’re all in this together.”

With the sound on, we’re hearing the inner monologue of each subject thinking about routine things. Their thoughts are similar, yet different, adding another layer and reinforcing the ad's thesis. We conclude with a voiceover call-to-action “Let’s help each other by safely sharing the road” which is reinforced visually with a three-up shot of our commuters enjoying their preferred mode of transportation.

While the topic of visual storytelling can be hard to visualize, Spotted Yeti has the skill and imagination to tell your story. If you choose to go this route, I'll be a part of the process and look forward to working with you.

Chris Hagan joins Spotted Yeti after cultivating a diverse skillset working on commercial, corporate, feature film, music video, and social media video content in North America, Europe, Africa, and Asia. Chris is passionate about visual storytelling with a focus on composition, movement, lighting, and editorial. At Spotted Yeti, Chris contributes to the creative development process, skillfully imagines and captures compelling shots, and leads our post process as a senior editor. Outside of work, Chris is busy networking, learning how to code apps, binge watching the next great show, taking care of his cat (Ronnie the Bear), and enjoying indie and blockbuster films on the silver screen.